The Washington Senators were formed in 1891 as part of the National League. After playing for a decade, they became a charter member of the newly formed American League. The Senators changed their moniker to the Nationals and existed as a baseball team for about a half-century. Then, in 1961, they became the Minnesota Twins. The Nationals started back up again a couple of years later in the nation’s capital, but moved to Texas in 1971 as the Rangers.

However, two years prior, the Nationals popped up in 1969 as the former expansion team Montreal Expos. They continued to play up north until Major League Baseball purchased the Expos in 2004 and shipped them down to Washington, D.C., where they were renamed the Washington Nationals. Then … no, just kidding, that’s it.

Take me out to Nationals Park! This gem of a “diamond” was constructed in Washington, D.C., as soon as the Expos became the Nationals (2005-06) and hosted the opening day for the home team in 2008.

Today, chart-topping sluggers Ryan Zimmerman and Bryce Harper are keeping the storied spirit of the team alive by belting home runs into the bleachers. Zimmerman has played his entire 11-year career with the Nationals, cracking out 215 homers. Harper is the face of the ball club (and arguably of baseball, for that matter) with a 2015 NL MVP award and 121 home runs tallied during his first five years in the majors. 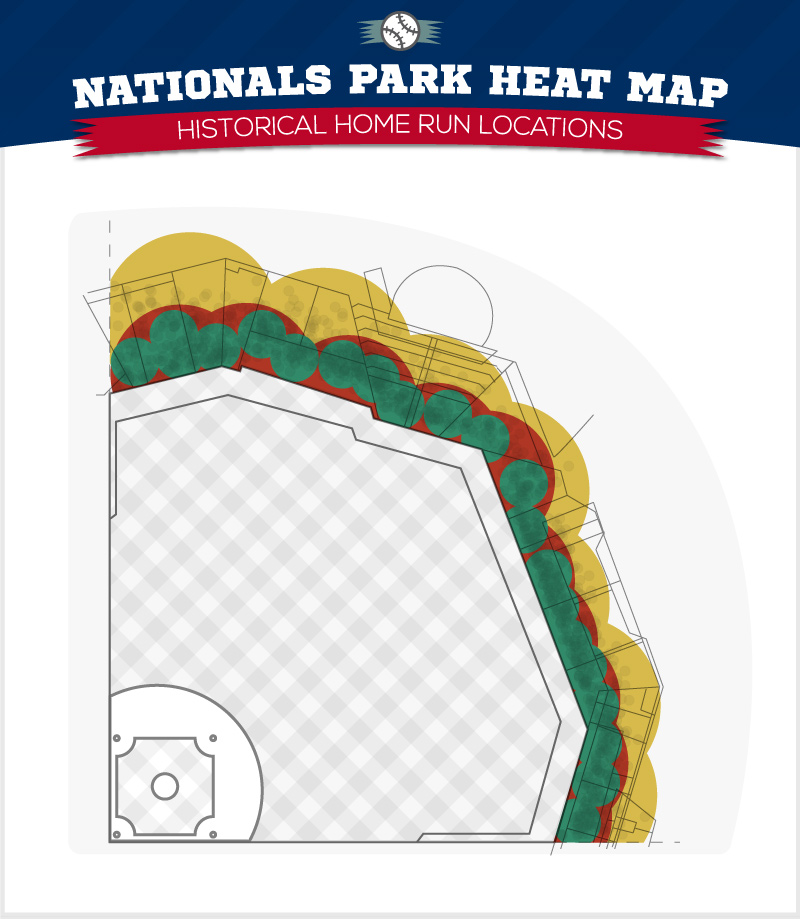 Wilson Ramos spent most of his seven-year MLB career in Washington and took advantage of well-placed pitches last year, as the National’s big-bat and anchor behind home plate. Ramos owned three of the top four longest home run hits at Nationals Park last season, at a calculated distance of 455 feet (to left), 450 feet (to center), and 445 feet (left center). Ramos signed with the Tampa Bay Rays this past offseason.

Will Bryce Harper return to his 2015 form and raise the mantle of the National’s biggest slugger once again? To do so, he’ll contend with the reachable fences of Nationals Park (left 336 feet, center

Our nation’s capital – come for the museums, stay for a Nat’s game … before they move again. If you’re planning on heading out to the ballpark in your throwback Expos jersey, maybe it’s time to check out Fanatics to upgrade your home run catching equipment.